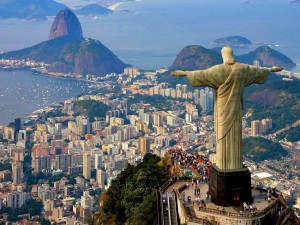 Rio de Janeiro, 19 January 2016 – In December 2015, the Ministry of Cities of Brazil and UN-Habitat organized the International Seminar on Metropolitan Planning where specialists shared experiences on the metropolitan theme from four viewpoints:

Felipe de Souza, the UN-Habitat consultant for Urban Planning and Territorial Management in Metropolitan Regions said: “The event provided a unique opportunity to bring together experts to exchange ideas. We sought to better understand the major issues as they are treated in other contexts and how they can help to adapt into the reality of the country. The land use planning oriented transportation in Canada; the financing system in Colombia; the US economic strategy and incentives for inter-municipal cooperation in Argentina were some issues on the agenda.

The International Seminar achieved its goal to introduce participants to the raw material for the production of solutions to the metropolitan context of Brazil”,. In Latin America, the Metropolitan Area of Mexico has 60 municipalities and the Federal District and is one of the most populated urban areas in the world with more than 28 million inhabitants, according to the National Institute of Statistics and Geography (INEGI) from Mexico. In Brazil, the São Paulo metropolitan region is home to the largest number of inhabitants (21 million) in 39 municipalities, according to the Seade Foundation (State System Analisis Data).

The metropolitan area of Rio de Janeiro is in second place followed by Belo Horizonte, Porto Alegre and Brasilia. Rayne Ferretti Moraes, UN-Habitat National Officer for Brazil, said: ”The metropolitan regions of Brazil have innumerable challenges. The instruments of the Statute of the Metropolis, as the Integrated Urban Development Plan, will help the municipalities of metropolitan regions in planning the territory together. There are several challenges, including a lack of models and criteria to guide the construction of a metropolitan governance, lack of incentives for participatory public policymaking and obstacles related to the financing of them.”