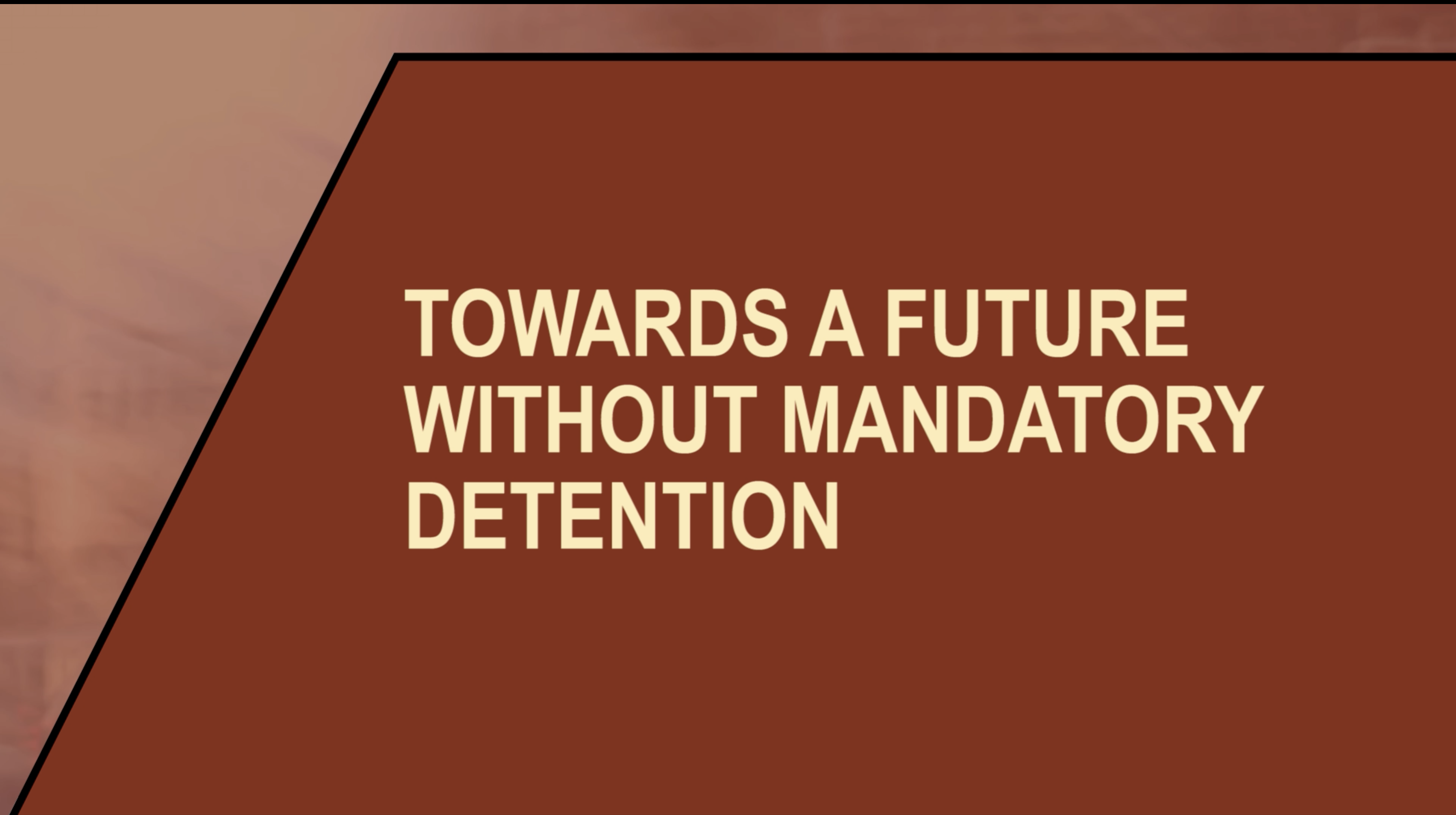 The three-day experience gathered over 20 speakers, and over 300 participants throughout the entire experience, including community organizers, local and regional government leaders such as Salvatore Martello, Mayor of Lampedusa, and Mohamed Ben Maouloud, deputy mayor of Gao, as well as victims of mandatory detention, and civil society stakeholders that address detention and incarceration.  The session also counted on the participation of UCLG-Africa, which presented the Charter of Local and Sub-National Governments of Africa on Migration, signed by 2018 by 30 cities, firmly opposing  migration detention.

Many of the most vulnerable or marginalized people in the world right now are being held in unsafe conditions—in jails, prisons, immigration centers, and institutions in which implementing social distancing measures is effectively impossible. However, despite calls from civil society organizations to slow or stop the influx of people into these facilities—and to free the most vulnerable—these practices have largely endured. Mandatory detention entails particularly harsh consequences for women and children, and its harmful effects on human dignity and social inclusion persist after release.

The session brought to the table the realities that many people across the world face: it highlighted the global dimensions of mandatory detention and how racism, colonialism, discrimination and inequalities are embedded in current approaches to detention, with most vulnerable groups of society overrepresented in penitentiary institutions. Looking ahead, participants also explored community-driven alternatives to foster a vision for 2045 where human rights, justice and care at the center. In many cases, the legislative frameworks, the institutions, and often the authorities, are a part of the problem and uphold mandatory detention as the only way to deal with the consequences of inequalities that are intrinsic to our societies.

“As a movement, we are aware of the inequalities that are the basis of our societies. I believe UCLG can contribute to this conversation, identify those champions that can have these discussions with the civil society, and that the new contract inspired by the SDGs can inform the pact for the future, with people at the center. Failure is not an option.” Emilia Saiz, UCLG Secretary-General.

Throughout the three-day session, participants argued that, in order to transform the current prison system, those that have been affected by mandatory detention need to be included in the decision-making processes, devising solutions that go to the root of racism, of sexism, and of inequalities, to transform the systems of justice. Among the issues addressed was the situation of detained migrants in border detention centres. Mayor Salvatore Martello warned about the risk that the new Pact for Migration proposed by the EU further worsen situations of migration detention by stating that “If decisions are not taken on this issue and a certain degree of coherence is not reached also by the EU, we risk to transform border regions into yet another Lesbos in Europe “

The final panel in a three-part series of dialogues with frontline and local leaders discussed the possibility of a world without mandatory detention. This collective reflection aimed at rethinking current approaches that have proved inefficient, bringing local, national, and international governments and institutions to an open discussion towards a community-led vision for 2045 that puts people, care, and social justice at the center.

“We need to imagine a future and a world in which we replace punishment with compassion, investing instead in effective community-centered policies that heal, rather than harm, replacing despair, with a possibility in making that journey from the world as it is today to the world of tomorrow” Patrick Gaspard, President of the Open Society Foundation.

Community-led solutions are key to make sure that justice, dignity, equality, and human rights protection prevail over inefficient and unfair measures. As the closest level of government to people, local and regional governments need to call the attention of local and regional governments, as well as national and international institutions, on the impact of mandatory detention in our communities, and explore ways to make structural change happen.

It is essential to ensure that the international policymaking spheres and processes consider the needs and perspectives of those who have endured mandatory detention. The way forward is by bringing communities, and those that represent them as their closest sphere of government, to the decision-making table. It is essential to ensure basic services for all communities, as a way to ensure that local authorities do not look away from certain realities.

Source: UCLG
Link: UCLG and the Open Society Foundation lay the groundwork for collaboration through the #CitiesAreListening Experience on Mandatory Detention