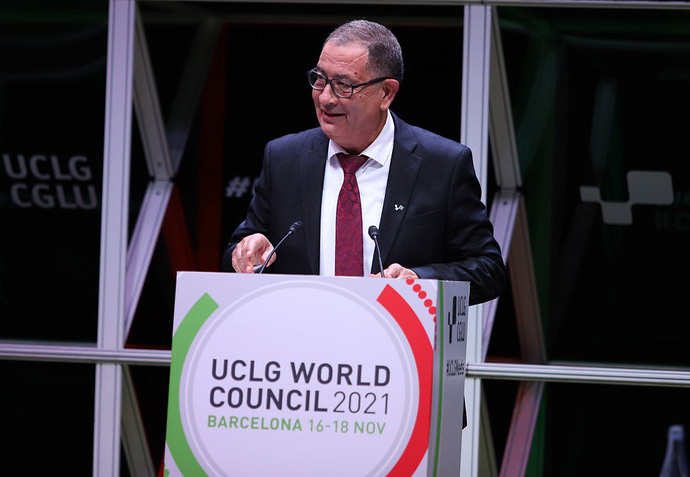 President Mohamed Boudra bid his farewell as President of UCLG in the framework of the 2021 World Council, after resigning for his post as Mayor of Al-Hoceima. Having served as UCLG President for two years since being elected in the Durban World Congress, he has led our World Organization during a complex time in which UCLG has successfully reinvented itself in the pandemic.

The Decalogue for the COVID-era, a political document which the UCLG Presidency developed in the first months of the pandemic, has set the way for the advocacy of our World Organization, and will be brought to life in the upcoming Daejeon Congress in 2022. Building on the knowledge of the Presidency and the members of UCLG, our World Organization has worked to place people at the centre of policies, and continued to work to strengthen the multilateral system, to guarantee a renewed relationship with the planet, and to develop a feminist municipal movement that truly cares for communities 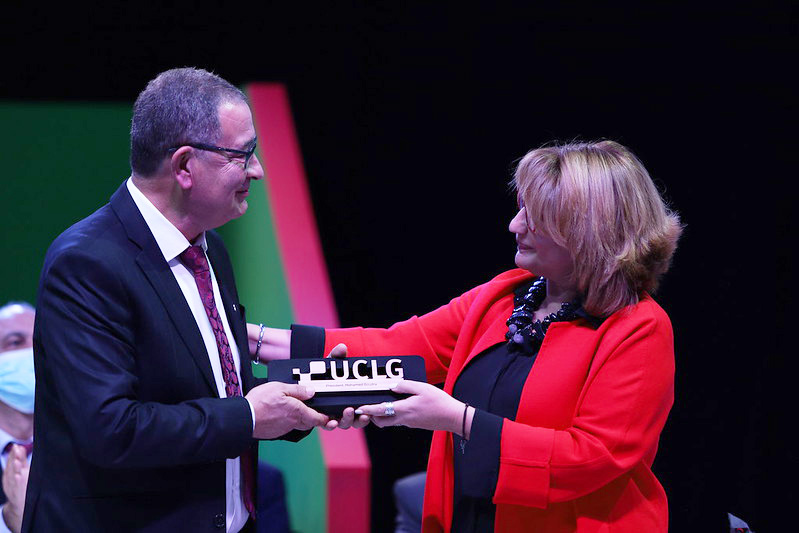 In his farewell words, President Boudra thanked his colleagues from the Presidency for the collegial endeavour and for their willingness to work together in the coming year towards the Congress, and in particular Governing President Ilsur Metshin, Mayor of Kazan. He reinstated his willingness to accompany the World Organization in his capacity as Honorary President towards the 2022 World Congress in Daejeon and commended UCLG for what had been achieved in the past years and what is still to come.

“UCLG is a galaxy that’s moving forward, making progress. We can still achieve many things. I will always stay with you, we are the same family, we work together for our communities” Mohamed Boudra, Honorary President of UCLG.