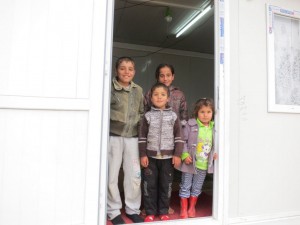 Nairobi, 2 March 2016- United Nations Human Settlements Programme (UN-Habitat) has received USD 15 million from the Government of Japan to implement two projects in Iraq: “Gender-sensitive Durable Shelter Support for Internally Displaced Persons in Iraq” and “Promoting Urban Recovery in Newly Liberated Areas in Iraq.” The conflict with the Islamic State of Iraq and the Levant (ISIL) has had profound humanitarian consequences throughout Iraq. More than three million Iraqis have fled their homes and three million more are living under ISIL control.

Some of the major cities in Iraq already have more number of internally displaced persons (IDPs) than their original population, putting communities hosting IDPs under severe pressure. Inadequate and insecure shelter conditions endanger women and girls, making them increasingly vulnerable to sexual and gender-based violence. Even after liberation of cities once controlled by ISIL, only small portions of IDPs have returned, because cities are devastated with buildings and houses burned, shops looted, roads damaged from bombs and electricity grid destructed, after going through major military operations.

Despite the efforts of the Government of Iraq in providing support to IDPs and returnees, the severe budget crises because of the decline in the oil prices and the cost of the war against ISIL necessitate the mobilization of substantial humanitarian support. Under the project titled “Gender-sensitive Durable Shelter Support for IDPs in Iraq” (USD 9,500,000), UN-Habitat, with the funding from the Government of Japan, aims to provide dignified and durable solution to protracted humanitarian crisis through establishment of gender-sensitive IDP shelter sites equipped with durable prefabricated shelters as well as basic infrastructure and public facilities. 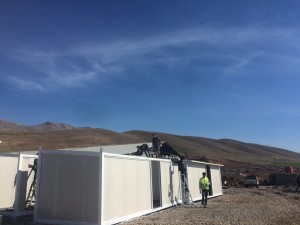 Building on the success of the durable IDP shelter sites constructed by UN-Habitat in nine sites across Iraq, the project will also develop capacity of the targeted governorates and line ministries to respond to shelter needs of IDPs in a gender-sensitive manner. The Government of Japan also supports UN-Habitat to tackle the crisis in Iraq from a different angle, aiming to promote urban recovery of newly liberated areas and in targeted areas in Iraq and facilitate returns under the project titled “Promoting Urban Recovery in Newly Liberated Areas in Iraq” (USD 5,500,000).

The project expects to enhance self-reliance of and mutual assistance in the affected communities by:

(i) Improving living conditions and gender sensitivity in communities in newly liberated areas through self-repair and reconstruction of housing units as well as installment, operation and maintenance of basic community infrastructure by community members