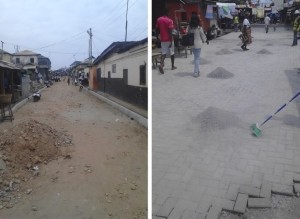 Abuja 14 March 2016—At a side event during the Habitat III Regional meeting for Africa, held in Abuja, Nigeria last month senior government officials and non-state actors that included community based and civil society organisations called for African governments to harness the potential of people living in slums as well as increase support to transforming their living environment. The demand comes at a time when Governments are working to keep the Sustainable Development Goals promise on building sustainable cities and communities, and upgrading slums.

The side event was meant to initiate debate on the subject of urban poverty and contribute to the Abuja Declaration which was the main outcome document Speakers at the event shared country experiences and proposed solutions for slum upgrading and prevention. “South Africa has provided 3.5 million houses to the poor over the past 20 years. This is our way of responding to the housing needs of people living in informal settlements. We are also encouraging contractors to undertake integrated housing projects for the lower, middle and upper income groups as a way of reducing urban inequalities,” said Ms Nocawe Noncedo Mafu, the Chairperson of South Africa’s Parliamentary Portfolio and Committee on human settlements.

She also announced that South Africa will host the Habitat III meeting on Informal Settlements from 7-8 April 2016, during which participants are expected to discuss issues of informal settlements and urban poverty at global level. Participants will also provide information that will feed into the New Urban Agenda, that will be presented in Quito, Equador from 17-20 October 2016. Socio-economic challenges facing slum dwellers were also discussed. “Finding adequate financing for the informal settlements sector is a huge challenge. We are addressing the problem through partnerships from local to international levels. Together we make a difference,” said Mr Sipliant Takougang from the Ministry of Housing and Urban Development in Cameroon.

Even as the discussions continue, it is important to recognize the fact that the capacity of slum dwellers to move out of slums remains limited. For example, of the 10 million more people added to the urban population of Sub-Saharan Africa each year, two-thirds – seven million – live in slums and only two million can expect to have improved living conditions. In this regard cities and towns cannot harness the positive aspects of urbanization with large numbers of people living in slums. “Sustainable solutions addressing slums should bring immediate protection to the people living there while also dealing with the bases of slum formation”, highlighted Mr Sylvanus Kofi Adzornu, the Head of the Urban Development Unit in Ghana’s Ministry of Local Government and Rural Development, during the interactive session.

Participants at the event also learned how C-Map Nigeria is supporting communities to construct, navigate, share information through community-driven media in Port Harcourt, Rivers State, Nigeria. “People living in slums and facing evictions now have a platform to advocate for no evictions as well as voice their concerns. At a time when Africa’s cities are facing crisis, we in Nigeria recognize that the needs and talents of citizens are part of solutions,” pointed out Mr Michael Uwemedimo, who represented C-Map. Key messages on informal settlements shared during the meeting also informed the Abuja declaration, which was the common position paper adopted at the end of the regional meeting.

The Abuja Declaration added fresh impetus to the drive transforming the living conditions for slum dwellers by calling for access to sustainable, affordable and adequate housing and land, and promoting slum upgrading. It also called for the strengthening of institutions and spatial planning systems to foster urban safety and security, as well as healthy environment and promotes inclusion through participatory approaches. The side event was attended by more than 60 participants from 13 countries.