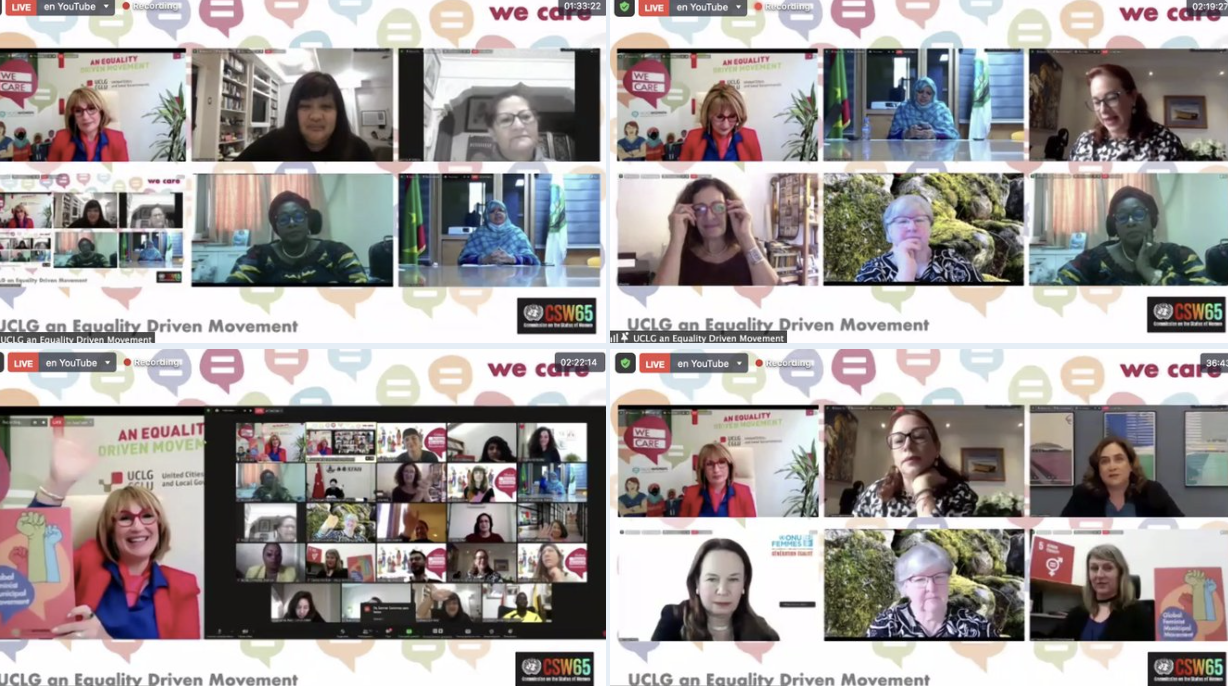 The opening session of the Local and Regional Governments’ Days addressed the importance of local feminist leadership, and of women’s participation in public life and in decision-making. Transformation, as participants reminded, calls for more women in decision-making but also to carry out feminist policies that place caring at the core of policies. 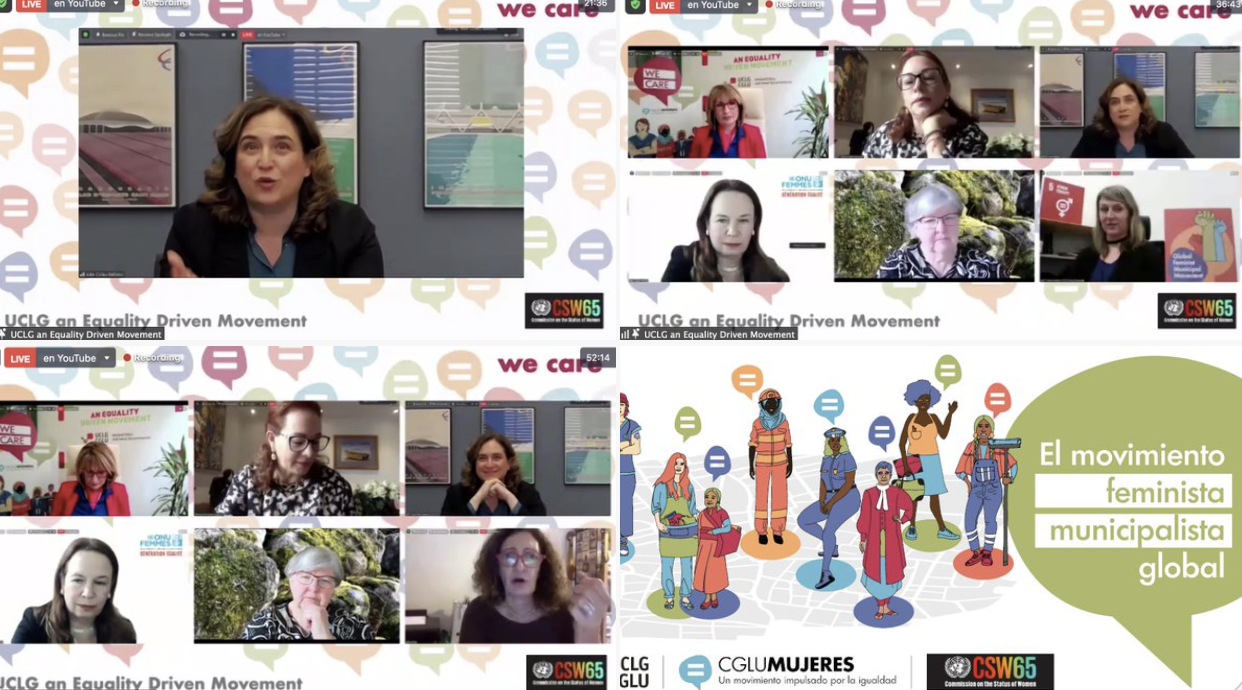 “Our feminist municipalist movement believes in the collaboration between cities, in the strength of municipalism, of proximity, and the power of city diplomacy as a transformative and solidarity-based tool to achieve the future we want.” Ada Colau, mayor of Barcelona, UCLG Special Envoy to the United Nations and for the 2030 Agenda.

The feminist movement goes beyond leadership: the renewed gender equality strategy of UCLG calls for fostering activists that can bring the movement to new heights Young activists of the feminist municipal movement Prachi Methawala; Claudia García; Julia Munroe, and Paloma Labbe asked the mayors questions about the next generation of the movement; what feminist cities entail; the role of men in the conversation about feminism and gender-based violence; and what placing care at the center really means.

Participants responded with concrete measures to define what the feminist municipal movement entails. Mayor of Barcelona and UCLG Special Envoy Ada Colau argued for the need to break the intergenerational hierarchy of the feminist movements and the importance of creating dedicated offices on women’s issues to be able to make feminism a cross-cutting issue, especially in planning and budgeting. Carola Gunnarsson, Mayor of Sala and UCLG Vice-President, argued for the need to support young women and girls to strengthen their political participation. The need to work in a holistic approach and carry out concrete measures to advance women’s rights from the moment women take office was identified as critical by María Fernanda Espinosa, UCLG-UBUNTU Advisor, member of the Multi-Stakeholder Steering Committee of Generation Equality.

Finally, Sabine Freizer, Chief, Leadership and Governance, UN Women and Ana Falú, UCLG-UBUNTU advisor both addressed what placing care at the centre truly means, by ensuring that care is undertaken by both men and women, overcoming gender-based constructs and stereotypes, and how caring also calls for taking care of nature, community, and social organization. Annie Chrystel Iwenga, vice mayor of Libreville, added to this sentiment by arguing that “caring” from the point of view of a feminist municipal movement is caring for the city itself. 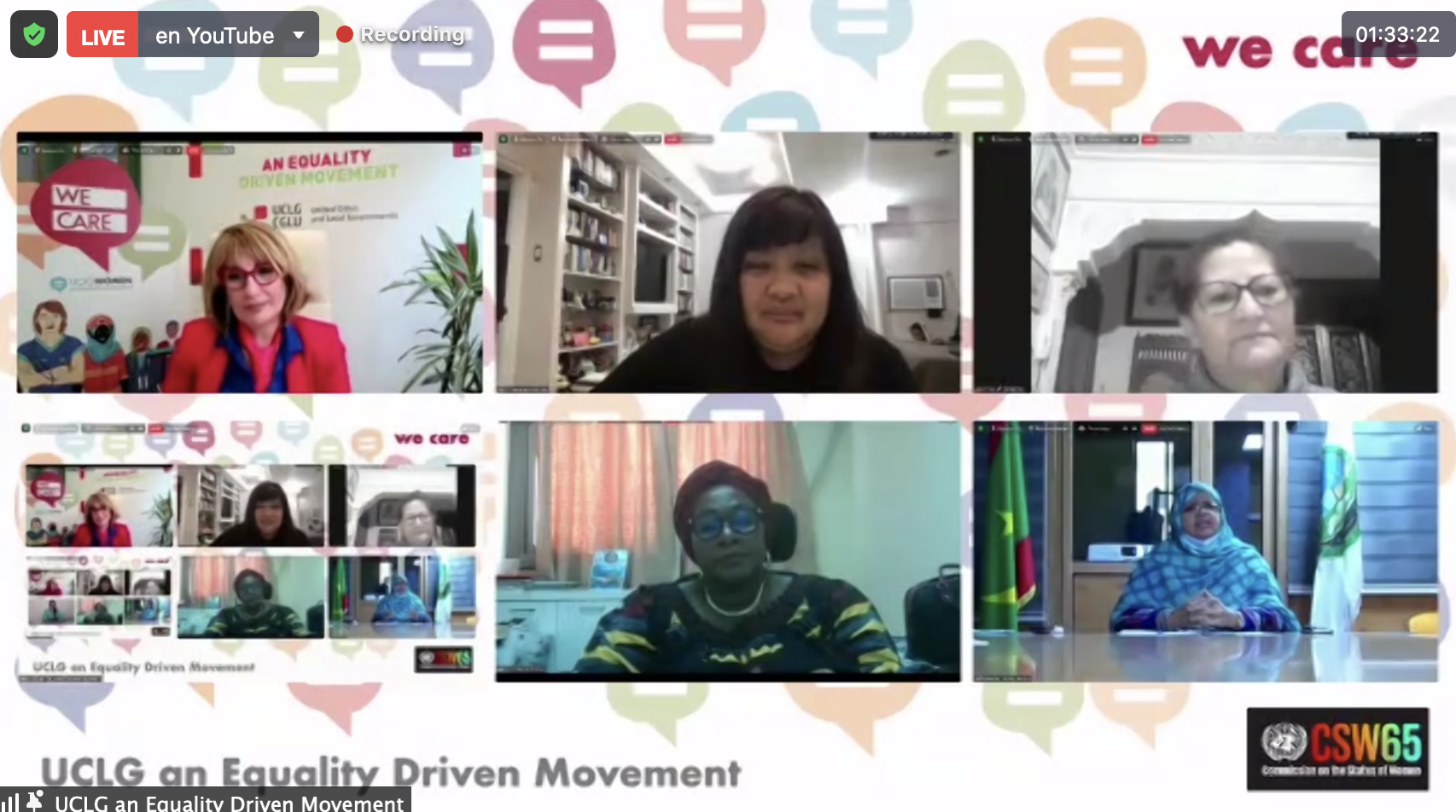 The second part of the session was dedicated to celebrating the ten years of REFELA, the Network of Locally Elected Women of Africa, has established itself as an integral part of the international feminist municipal movement working to achieve its vision of a gender-balanced, inclusive and gender-sensitive local Africa, committed to make gender equality and women empowerment in local decision-making an effective reality on the ground and promoting gender equality and achieving SDG 5.

Macoura Coulibaly Dao, Mayor of Foumbolo, and President of REFELA, who laid out the mission of REFELA to gather women mayors and local elected officials and to work for an inclusive local Africa, aligned with the 2063 vision of the African Union. Fatimetou Abdel Malick, President of Nouakchott Region, Co-Chair of the UCLG Policy Council on Resilient Cities, argued that we need to go beyond political will, and carry out advocacy work and accompany women to ensure they are present in decision-making mechanisms.

Closing the session, women mayors from all over the world laid out the priorities for the local and regional government movement and how political and personal experiences intertwine. Madelaine Alfelor, Mayor of Iriga and UCLG Treasurer, argued for the need to overcome structural barriers by carrying out decisions in a holistic manner and through inclusive mechanisms. Citlali Medellín, Mayor of Tamiahua and President of the FLACMA’s Latin-American Network of Municipal Women, laid out the mission of the Network to ensure that more women would take power in Latin America as agents of change, and to develop the adequate mechanisms to empower women.

Wobine Buijs-Glaudemans Mayor of Oss, argued for the need of women mayors to act as role models for women and girls to foster inclusion in decision-making from the get-go and establishing direct mechanisms of communication with youth, including through education. To ensure this participation, mayor of Sala Carola Gunnarsson also called to transform care work and to ensure it is recognized and does not only fall upon women. 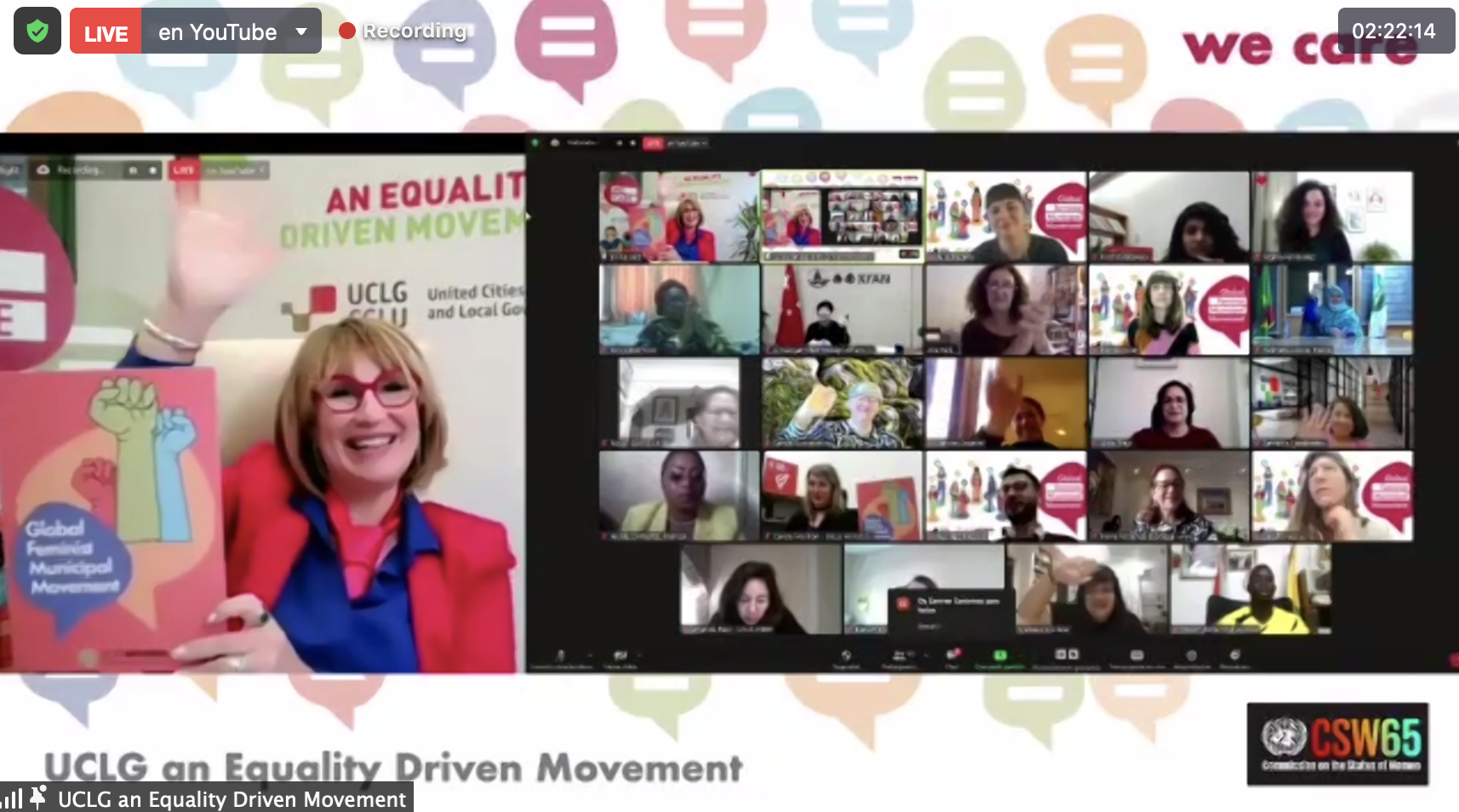 Wrapping up the session, it was reminded that the LRG statement to the CSW called for providing a deeper understanding of the role of local and regional governments in gender equality in order to fuel a wider strategic approach to the implementation of the goals set out in the 2030 Agenda for Sustainable Development, including Sustainable Development Goal 5. Participants also highlighted the important links between personal and public life, on how we can only understand involvement in public life if we understand citizens as neighbours, as people who are close to us.

The day wrapped up with a CSW65 official session on “Building alliances for women’s full and effective participation in public life”. Moderated by UCLG Secretary General Emilia Saiz, the session addressed the importance of inclusiveness and collaboration between communities, stakeholders and generations to achieve transformative change for women and girls and to foster a non-discriminatory future.

“Networks of women are critical to make the alliance between CSOs and political representatives, to seek intersectionality, to ensure the inclusion of LGBTI and youth in feminist movements and to build participation from the bottom-up, with the local level at the heart of our action ”

Source: UCLG
Link: A feminist municipal movement needs to put care at the center: A call for the full involvement of women in public life