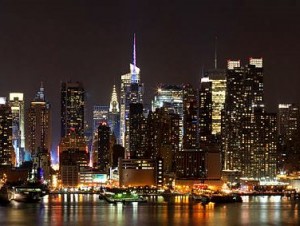 New York, 23 March 2016— During the 60th session on the Commission for the Status of Women, UN-Habitat hosted the side event Safer Cities +20: Public Space and Gender. The side-event highlighted the importance of public space in the realization of women’s empowerment and its link to sustainable development.

The Safer Cities Programme is rooted in a citywide local government-led prevention policy framework. This framework advocates safety as a public good, wherein public space is a key arena for ensuring it, as well as, the site for the construction of citizen values and manifestation of citizen rights.

Public space has been overlooked

Public spaces have historically been overlooked and undervalued by urban authorities but are increasingly being considered as the backbone of cities. Sustainable Development Goal 11: make cities and human settlements inclusive, safe, resilient and sustainable, emphasizes the importance of safe public space. Indeed, target 11.7 specifies by 2030, provide universal access to safe, inclusive and accessible, green and public spaces, particularly for women and children, older persons and persons with disabilities.

The event began with an introduction by Ms. Travers who acknowledged the collaborative work between Plan International, UN-Habitat and Women in Cities International. She invited the audience and panellists to consider the value of public space as a means of belonging and community in the city. Thereafter, she invited the Deputy Executive Director of UN-Habitat to present her opening remarks.

Dr. Kacyira noted that UN-Habitat’s programmatic approach aims to address both the incidence crime and fear of crime in cities. The objective is to create safer cities where economic and community life, for both women and men, can flourish. Dr. Kacyira highlighted that this is the generation of opportunity and therefore the first generation to benefit from the implementation of the 2030 Sustainable Development Agenda. She went on to encourage that “we ask ourselves as women what does urbanisation bring as an opportunity to women and girls, and how can that be enabled?”. Finally, she noted that “one of the key things in the 21st century is the true liberation of the woman and girl in the space she desires”.

In her presentation, Ms. Oh stressed the fact that safe spaces sit at the intersection of two historical SDGs: Goal 5 and Goal 11. She noted that 2016 is a milestone year for the international community to renew its commitment to creating safer cities. She explained that safer cities are critical enablers for women and girls to realise their full economic, social and political potential, and only through full participation in society will the Agenda 2030 be achieved. Finally, she advocated the need for governments to consider women’s safety as a top priority in policy development and to focus on gender mainstreaming at the urban planning and policy level.

Thereafter, Ms. Liveseyspoke on the global programme being implemented by Plan International in New Delhi, Cairo, Hanoi and Kampala which focuses on building safe, accountable and inclusive cities both with and for adolescent girls. She noted that “in Delhi, 96% girls do not feel safe in the city”. The basis of the programme has been to develop a robust capacity building model, enabling girls to benefit from a specific curricula and to develop their own action plans to ensure the legitimacy of their voice. Finally, Ms Livesey stressed the importance of enhancing adolescent girls’ active participation in urban governance.

Ms. Sook shared the need for leadership and vision at mayoral level with established municipal safety technical teams (different from municipal policing departments); in addition to the concerted effort of a wide range of local government departments working together with national government and non-state actors. She also shared about the Safer Cities Regional Knowledge Exchange for Asia Pacific as part of the Global Network on Safer Cities. She presented the case study of the City of Seoul Crime Prevention Strategies as part of the Global Network on Safer Cities (GNSC), focusing on Women Safety measures. She ended the presentation by highlighting three strategic directions for safe cities:

(1) Move from analogue to smart safety, mobilizing up to date technology to intervene as immediately as possible

Finally, Ms. Finikin shared current participatory approaches that are advancing gender equality. She contributed the experience of grassroots women; advocating the importance of ensuring a new engendered urban agenda so as to meet the targets set by the 2030 Sustainable Development Agenda are implemented, and governments held accountable. Ms. Finikin noted that “to do this, local women need to become engaged with local authorities and their processes”.